When reading about academic writing you will sometimes come across a set of words that seem to be used somewhat interchangeably and even randomly at times. So, just to set the record straight:

Claim / assertion / premise / proposition are all statements that require support either to justify them or prove their soundness. They need further evidence. These are the starting point of reasoning.

Position / Thesis identify the stance you are taking on the main topic of the essay and it is generated by the essay question provided by your instructor. In an analytical or critical essay, it may indicate more than one available stance.

Also, some authors refer to the thesis as the premise or proposition. This is not the best description, though it is not completely inaccurate because the thesis statement does need to be supported with sound evidence and valid arguments throughout the essay.

The capacity to academically argue is a core skill that many students are not taught adequately prior to university writing. Argumentative ability is centered around knowledge. Not only knowledge of a topic, but knowledge of how to write a clear and coherent argument. Basically, an argument is an informed position, on a topic, that you are supporting or defending with sound evidence and valid conclusions. An essay may have one overall argument or position, yet include a series or set of smaller arguments that support or develop the overall position of the writer. This may include evaluating sources or contradictory evidence. The position is stated in the thesis (see Chapter 21 & 26). This position must be supported by sound academic evidence obtained through reading and research.

In order to develop sound and valid arguments, students must first suspend their personal judgments or bias on a topic (see Chapter 30). This can be achieved through self-reflection and critical thinking. Academic writing must be clear and objective, and this means you must be open and willing to examine more than one perspective of a topic or argument without preconceived ideas and opinions, without bias. Make a conscious effort to step beyond your own subjectivity and depersonalize both the topic and the supporting evidence. Through critical thinking skills, such as objectivity and analysis, you can begin to closely examine and evaluate sources and the production of knowledge. As a writer, sound and valid reasoning assists you in determining the best evidence to support your own claims and in evaluating the claims of other writers. As an objective writer, you should remain open to other viewpoints, though rely on your critical analysis skills to both identify and write sound and valid academic arguments.

Validity primarily means that in an argument the conclusion follows from the premises. If the premises are true, then the conclusion must also be true. Salva veritate (Latin) means “without loss of truth” – a rule of inference must be truth preserving; it must take one from truths to truths = Validity [1]

Therefore, Felix is an alien

Therefore, Felix is a cat

This is an invalid argument. Hypothetically, just because Felix is an alien does not guarantee that he is a cat. There may be other types of creatures that are also aliens. However, if the first premise said “Only cats are aliens”, then the argument would be valid.

Therefore, Felix is a cat

This is a valid argument. No individual premise (claim, assertion) is labelled as valid or invalid, only the argument structure as a whole. However, premises can be checked for soundness.

The soundness of an argument relies on two qualities:

1. the structure of the argument is valid (see above)

2. the premises are true and therefore the conclusion is also true.

Hence, Felix is not an alien unless we can provide sound proof (truth or true facts) that support this premise (claim, assertion). We would also need to provide evidence that Felix is indeed a cat! So, while the argument structure may be correct (valid), the premises could be untrue, therefore the premises and overall argument lacks soundness.

The structure of the above arguments is called a and it is the the conventional way of displaying or writing a deductive argument:

Of course, you can have more than two premises or reasons to support your conclusion. In academic writing the major position is put forward in the thesis statement and the balance of the essay has the task of unpacking the and surrounding the key arguments and providing supporting evidence. Note also, you should never begin your assignment preparation with a predetermined conclusion in mind (called “jumping to the conclusion”) and work your argument back from that point. Yes, in an essay the thesis is proposed in the introduction, though it is assumed that you arrived at this thesis statement through research and careful consideration of the facts and evidence surrounding the chosen topic. Whereas “jumping to the conclusion” beforehand and attempting to make the evidence fit your thesis is not the actions of an open and critical thinker who responds to evidence found through research. It instead indicates a very determined bias in thinking and academic writing.

Inductive reasoning is often defined as the inference from particular to general[2]. It is based on formulating theories through detailed observations. It is useful in scientific fields, however, it presupposes that the future will resemble the past. This type of reasoning moves from evidence to assumptions (about the future) to a claim. The claim cannot be a deductive conclusion, only a generalization from observable evidence and applied assumptions.

You’re in the supermarket and would like to buy a couple of ripe avocados. To determine if they are ripe, you give them a gentle squeeze. After testing three to four from the fruit case, you determine that they are all still too green and decide not to purchase avocados.

Through induction, you have made your own observation, and from the evidence at hand made an assumption – they’re all too green. This is a generalization made using observable evidence and applying an assumption. As you cannot know for certain that every avocado is green, without testing each one, this cannot be a deductive argument. While there may be sufficient evidence to make a decision and therefore, strong inductive reasoning, the reasoning has not been proven true, merely an assumption.

While inductive reasoning may be useful in formulating a scientific hypothesis for further testing, it is not a strong form of reasoning for academic writing.

Good academic writing is founded on your capacity to academically argue from a well-researched and informed perspective, free from subjectivity and personal bias. The deductive syllogism is a good illustration of sound and valid argument structure that is the backbone of all well-written academic discussions. 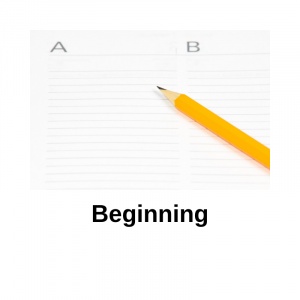 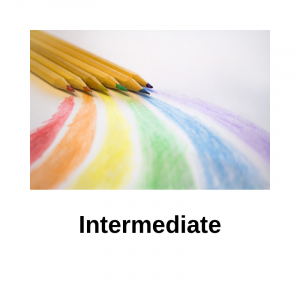 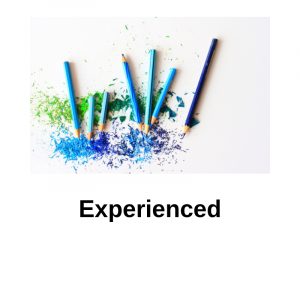 the conclusion follows from the premises

the conclusion does not necessarily follow from the premises

a claim made to rebut a previous claim