The ability to see, hear, or become aware of something through the senses. The way in which something is regarded, understood, or interpreted.

A particular attitude towards or way of regarding something; point of view. 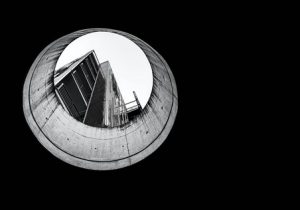 It is impossible to move through the world without engaging in the development of our own perceptions and perspectives, whether they be purely physical or emotional, or in the case of academic writing, theoretical.

It is when those perceptions and perspectives too heavily influence our writing that we may inadvertently become subjective writers, incorporating a hidden, or not so hidden, in our logical reasoning and thoughtful writing. Writers use their own perceptions to describe, explain and analyse content, both in the analysis of other writers and in their own communication.

To be a critical thinker it is important to reflect on your own perceptions and the way they influence your perspectives of people, the world, essay topics, sources of information, events, and histories.

Perception and perspective, while separate, are entwined because they constantly influence each other in a circular way. Perceptions, the way you sense the world and interpret it, impact on your perspective, your point of view of said world, which again influences your perceptions.

Due to differing perceptions among people, perspectives (points of view) often conflict with one another, therefore you must try to determine which one makes the most sense through logical reasoning. It is also important to rely on more than one source of information. Consider the following scenario as an example.

A woman is driving a car down a suburban street when she swerves to miss a dog on the road and accidently hits a parked car. It is a low impact accident and the driver gets out of the vehicle to inspect the damage. The owner of the dog appears on the scene to apologise profusely for the trouble his dog has caused and offers to pay for the damages to both vehicles. The owner of the parked vehicle is at their car by this time and hears the conversation between the dog owner and the driver who hit their parked vehicle. The driver throws her hands in the air. She is elated by the dog owner’s quick offer of compensation and thankful that the potentially dreadful situation is quickly remedied.

Three people witnessed the incident and had different perceptions of what happened which altered their perspectives.

“I was travelling behind the car when it swerved erratically and hit the parked car. The driver must be on something because it’s a straight road and there’s no reason to be driving erratically like a crazy person on a quiet street.” (The witness did not see the dog and therefore assumed the driver was at fault.)

Witness 2: Walked around the corner as the dog owner and driver began to exchange words, but was too far away to hear the conversation.

“The owner of the parked car (incorrect) looked really annoyed and was abusing the guy that crashed into her car!” (This person only has part of the story and has jumped to conclusions about who did what.)

Witness 3: Watched the accident happen from a second floor window.

“A dog ran out in front of the car and the lady swerved just in time to miss it, but she hit a parked car as a result. Both the dog owner and owner of the parked car didn’t look happy and judging from the way she threw her arms in the air I’m guessing they were both blaming her.” (This person was not close enough to hear the conversation and assumed the outcome based purely on their perception of events.)

Only the three people directly involved in the conversation would know the actual outcome.

The three witnesses were heavily influenced by what they think they saw and how they chose to interpret their perceptions.

Perspectives are not something we are born with, they are socially constructed through language and formed or influenced throughout our life by such things as our beliefs, our level of education, our family histories, gender experience, health experiences, nationality, ethnicity, our age, and where our needs and interests lie. No two people will have the exact same perspective of the world and therefore perceptions need to be agreed upon to become accepted norms or universal.

Perception is like being given a set of prescription glasses that only you can see through. The factors mentioned above help to determine the prescription. The majority of people are not aware that their prescription is different to those people around them. This self-awareness is crucial if you are to become a critical thinking and thoughtful academic writer. The lenses of your “glasses” (perception) act as a filter system that is selective and helps to shape how you “see” the world – your point of view (perspective).

What We Focus On

Humans tend to focus their attention on, or perceive, what they are interested in, need, or desire. For example, have you ever had the experience where you buy something new, such as a car, accessory, new shoes, and then suddenly notice the same item everywhere you go. Suddenly you’re surrounded, whereas previously you may not have noticed these things. This is because your attention or interest is diverted. Another example is someone who is fixated on a physical attribute, such as a short person always noticing tall people because they wish they were taller, or a women noticing other women’s long hair because they wish their hair was longer. This type of perception is based on desire. Trying to find someone in a crowd of people may be based on need, as you scan the crowd for the person you don’t notice the many other things occurring in the crowd. Your perception is filtering out unnecessary or useless information.

Focusing on elements that are most meaningful to us also occurs in our academic reading and writing. This can be beneficial if we are skimming and scanning a source for information, however, it can also be detrimental if it means we are skipping over (filtering) useful information because it sits outside our preformed perspective (point of view).

It is important to read broadly on a topic when preparing for an assignment because no two writers will have the same perspective. Yes, they will share key theories or theorists, yet they will always bring their own interpretation into their writing – their voice (see Chapter 20); their “glasses” lead them to make different choices when writing. So too, your “glasses” will filter information and shape your academic writing. The key to unbiased writing is reflective practice and to be alert to your own preformed perceptions. Be open to new ways of thinking and viewing the world through use of your critical thinking skills, plus analysing a text to identify biases.

Also be aware that feelings and emotions can influence the way we interpret events and experiences. That is why it is so important to leave language out of academic writing and maintain an objective, academic tone and language.

Knowledge of your topic should have the biggest influence on your academic writing. This will enable you to present an informed perspective of your own, plus multiple perspectives that you may have identified from other writers through researching the topic.

There are a range of things students can do to help eliminate bias from their academic writing.

In conclusion, in order to be a good academic writer, you must be self-aware and self-reflective. Examine your own perceptions and perspectives to highlight and eliminate biases in your writing. Also, be critical thinkers when you are reading for academic research and mindful of the biases created by authors due to their own interest, need, or desire.

Inclination or prejudice for or against one particular area or subject. A systematic distortion.

characterized by or pertaining to emotions; used to produce an emotional response