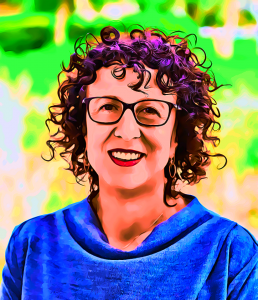 As I described in my contribution in this book, although I am a tourism researcher, Economics is my core discipline. All my academic studies were conducted in departments of economics and currently I am a full professor in the Department of Environmental (in the past Agricultural) Economics and Management at The Hebrew University of Jerusalem. Up until this year I was the sole woman researcher who  has ever been in my department and only this year did we accept a new woman to our academic staff.

The above is a good foreword rationale for what I want to share with you in this letter.  I have had constant disagreements with my male colleagues regarding the stalled progress of women at the university. I hope that some of the arguments I have used will be helpful to you regardless of which side of the table you sit – whether you are a member in a promotion committee or whether you are being promoted yourself. The prevalent claim that I have heard is that there is no discrimination. Women and men are judged equally based on their academic performance, according to the rule “may the best man win” (as you can see there is already a gender bias in the rule itself). On the surface this is a reasonable argument since there are objective measures such as, number of papers, rankings of journals, number of citations, recommendations and so on, that are used in the promotion process.

Over the years I have asked myself where is the catch in this argument and why women are still a minority in the academic staff especially at the senior positions. This question can have a few answers and you can choose which one suits you best. The first answer is that women are less talented or intellectually capable than men. I hope most of you do not accept this answer. The second answer is that women do not want to have an academic career and if they do they prefer to keep it low key. Since all of you have an academic career I hope that you also disagree with this answer. A third answer is that women are treated differently than men. There is very recent empirical evidence[2] that women on job talks, seminars and conferences in economics are treated differently than men.  Observations in numerous such events reveal that women receive many more aggressive and patronizing questions than their male counterparts. Another study revealed that letters of recommendation written for individuals applying for academic positions describe men differently than women. Women are described as more communal and less agentic; this works against women in hiring decisions[3]. This is an excellent answer especially when it is backed up by empirical evidence that we as researchers like to see. The fourth answer that goes hand in hand with the third one is that the working conditions in the academia were set by men who dominate the senior positions and thus are more suitable for men than for women. There are different examples for such conditions that fall under this category but the one I want to develop here is the role of mentorship and networking in the process of academic promotion. I want to emphasize it here because I believe that this book can be part of mentorship and networking for women researchers in tourism. Since most of the senior positions are held by men obviously they provide the networks and the mentorship for the new faculty members. The scarcity of senior female mentors deprives junior female faculty members from an example of a successful female role model, from informal information about promotion and publishing and from research collaboration with other women.

I hope this book, with both its parts – contributions to the field of tourism research and personal letters to the present and future researchers – will have a role in mentorship and networking and will inspire young women to take the journey to academic careers.