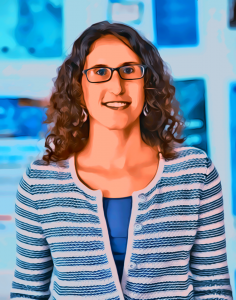 I have always been interested in the field of tourism. After finishing high school, I was thinking of doing a BA in Geography or Tourism. Finally, I decided to do the BA in Tourism. Once I finished the BA, I wanted to continue learning about an industry which is relevant to my country, Spain, and which has a great economic impact on it. So, I decided to undertake the Master in Tourism Management and Planning. While I was a Master’s student, I was given the opportunity to contribute to a project analysing the profile of tourists travelling to a secondary airport (Girona – Costa Brava airport, near Barcelona). Of the airlines operating there, 90% were low-cost airlines, mainly Ryanair. It was the boom time for low-cost airlines in Europe. Ryanair and other low-cost airlines were expanding exponentially and given the influence these airlines had on destinations, it was a relevant project for the local industry. I started collecting data (surveying tourists) at the airport, covering all departure flights from Girona – Costa Brava Airport, and ended up writing part of the report. The project was repeated the following two years (spring–summer seasons) and I participated again. I then had the chance to use a sample of data I collected to serve as the basis of my Master’s thesis which was about business travellers using low-cost airlines.

After the Master’s degree, I worked in an incoming travel agency for two years. One day, a friend of mine, with whom I had studied in the Master’s programme and who was working at a university research centre managing knowledge-transfer projects for the tourism industry, called me inviting me to work with him again to carry out research for the local industry, and I accepted. This gave me the opportunity, a bit afterwards, to become a PhD Fellow. I was still interested in analysing tourists travelling by air (air passengers), but in this case I wanted to widen the scope and I used official data gathered by the Spanish Statistical Institute to analyse the length of the stay and the trip budget composition of tourists flying to Spain by air, using all kinds of airlines (low-cost, legacy and charter airlines). I defended the PhD thesis in Tourism in May 2014, so I am still an early career researcher. I was part of the very beginning of tourism programmes for my Bachelor’s, Master’s and PhD degrees. I ended up having the first PhD in tourism issued by the University of Girona. I had the opportunity to change from the Business Administration PhD program to the Tourism program, just when it was implemented there.

As explained in my contributions’ chapter, I used compositional data analysis (CoDa) to analyse tourist trip budgets, and I have been the pioneer of introducing this method in the field of tourism. In this sense, I would like to emphasize I did not have a solid background in statistics or mathematics, but I attended econometrics classes during the first year of the PhD that allowed me to follow (not without some difficulty) the Week-CoDa course I took in the second year of the PhD. I dedicated a lot of time to self-study and autolearning.

Sometime later, after having the first two publications using CoDa in Tourism Economics approved and thanks to my mentors, especially Germà Coenders, I was convinced this would become my differentiating skill in academia, and more precisely in the tourism field. I have to emphasize the perseverance and determination I had because introducing a new method, or I would say a new way of treating data in a traditional field, is not an easy task. You must defend and carefully explain the advantages of the method to traditional readers. It is hard to blaze a trail using a relatively unknown method.

Having mentioned all this and with the aim of wrapping up this message, I would like to give you some basic advice. Do not be afraid to be the first one to do something new or different. It is hard and sometimes discouraging, but in the end, when it is finally achieved, it is really rewarding. All efforts are worth it. Be prepared to always learn, to be open to new ways of doing things, to start from scratch. In other words, try to fill yourself with novelties that make you think about what, how, why and when you do things. Be constant, work as hard as you can, without forgetting work is work and you have to enjoy what you do for a living. Let yourself be helped by others, as well as receiving help from others. Teamwork is always positive, both for you and for the other one working with you. I am, currently, supervising a PhD student and she somehow behaves like I would when I was doing my thesis in terms of insecurity, feeling she is not brave enough to meet the research challenges or having doubts about being in academia. I apply my utmost energy and all my heart to encouraging her, because I know and feel she is able to do whatever she proposes to do. She acts as a mirror for me, and I try to act as my mentor did with me. My mentor supported me, believed in me and built me up as a researcher. Thus, always be the best version of you, as a person and as a professional.