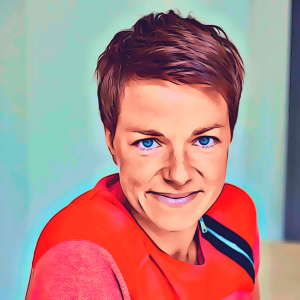 For as long as I can recall, I have had a life on the move, not least because of my mother: independent, single, curious, traveling with me by my side. At the age of six, she followed her heart to Paris and I went with her into our first adventure, which lasted three years, before we returned to Copenhagen. Some years after, the next journey took us to Greenland. Where Paris had been bustling, but with a strict school system and a busy and regulated everyday life, Nuuk was a small community offering the space and time to roam free in magnificent nature. Here, I experienced the first intense friendships and my first sweetheart, but also a post-colonial reality with ethnic tensions, economic divides and vast social problems. I finished primary school returning back to Denmark and my father to begin high school. After graduation, it was now time to venture out into the world on my own. In the years to come, this lead me to become a ‘ski bum’ in the Italian Dolomites, the Canadian Rockies and French Alps. I fully enjoyed ever-changing seasons of hard work during summer in my hometown of Copenhagen and traveling and snowboarding during winter, meeting new people and encountering other cultures and ways of life.

No one in my family had previously gone to university and all had given up on me and my talk of returning to the ‘school bench’. After four year of seasonal work and travels, I did however enroll at the University of Copenhagen, enabled not least by the Danish free university programs and universal study grants. Somewhat randomly and unplanned, I had decided to study ethnology, but it soon showed that studying cultural encounters, life modes and everyday lives historically and in contemporary societies – and being a student – was made for me after years of travelling. My studies and the student lifestyle became my passion, almost taking over my entire life: the new friends, the student association work, a student job at the National museum. Perhaps inspired by years of travelling, I soon took up a study interest in holidaying, leisure and leisure-related consumption, leading me to master thesis fieldwork in an American ski resort. After receiving my masters, I was lucky to enroll as a PhD scholar in tourism, a paid position in Denmark, at the University of Southern Denmark, embarking on a research trip that would, as you may read in the ‘contributions’ section, led me to explore the role of the non-human in tourism.

How, you might ask, is my brief and simplified account of my way into academia ‘a woman’s voice’? At first glance, it would seem as such by describing something that came in spite. Coming from a working class background and growing up as a girl with a single mother on a modest income the odds of pursuing a career in academia did not look great. However, as the story also reflects, other things made this particular story possible. An adventurous mother and living abroad built useful competences such as language and cultural skills, lived experience with adapting and fitting in. Growing up in a welfare society where education is available and free was also crucial as was the inspiration offered in the encounters with others along the way: relatives, friends of the family members, family members of friends, colleagues of my mothers and later, my own peers, teachers, mentors and colleagues.

So in a way, the story is not that of a woman’s voice in spite, against all odds. It is also a collective story of how we are into the world, how we are cared for and looked after (or not) by others. It is a story in which structures, policies and devices carry, halt or slow us down, how cultures, stories and expectations (of Self and of others) affect us. It a perhaps ‘a woman’s story’ in the way that as women we are asked – or at times required – to reflect about (and sometime explain) ourselves being in academia. For better and at times for worse, we are held accountable for how we are and came to be in the world in a particular way, something that most men rarely get or have to do. Unlike the second sex, as argued by Simone de Beauvoir (1953), men in academia and in many other places are not questioned in the same way.

But how is it relevant to tell the story of a woman’s voice in the academic context? How is being a woman, telling a story as a woman, relevant for tourism research? How is it instructive for the next generations of female scholars? Or any other scholars for that matter? Feminist as well as Science and Technology scholars teach us a great deal about the way that our positionality, our being thrown into the world in particular ways, matters for how we carry out our research. That whether we want to or not, we carry our bodies, our gender, ethnicity and more into the field and that we enact worlds through our academic and always situated practices. This is what reflexivity, positionality, seeing something from somewhere – not everything from nowhere, as argued by Haraway, can do to and for research. This is something that being perceived as the Other, as the one working against the odds, can tell and teach. For this reason, bringing ourselves, our stories and being, to the fore and into the equation, carry its own legitimacy and value.