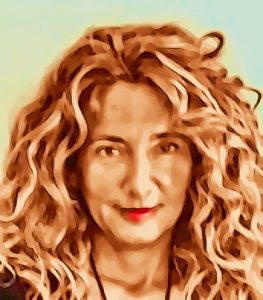 This letter is addressed to those that like me think that learning a foreign language increases cultural awareness, improves adaptability, and makes a person a more confident and effective communicator.

I would like to leave a message to future researchers in tourism by saying that the interest in this research field has increased by travelling first as a tourist and then as an academic.

My background is in Civil Engineering, and I am an academic in the transport engineering arena. The interest in the tourism sector came after an experience in France as visiting Professor in 2013, working on the impact of the French TGV on tourists’destination choices. Since then, I have been working on the relationship between the transport system and the tourism market, two sectors that work together.

I can identify three important periods of my life. The first, when I was young 8 years old, when I started learning the English language. Thanks to it, I could travel everywhere and I could also have two important research experiences in UK, the first in Cambridge during my PhD and the second one in Oxford during my post-doc.

The English is the language that gave me the chance to feel safe travelling the world also for conferences and visiting as a tourist several places during my holidays.

Then it come the French period, after my stay in Paris working at the University of Paris-Est at Marne-la-Vallée. When I came back to Naples, I started learning French, amazing language that gave me the chance to open the door to a new country, France and to a new culture, the French one. Indeed, since then I started travelling in France and meeting the French, managing to speak their language. It made the difference!  French is for me the language of maturity. I realised how languages could give a window into different cultures. It is not just about translating words, but mainly a better insight into people and their different habits.

Being the Erasmus delegate of the Department to which I am affiliated, every year many of our undergraduate students choose to spend some time studying abroad, as part of their degree. It is an exciting opportunity to experience another culture, while further improving an existing language or learning a new one.

Now it has come the time to learn a new language… I feel this need. It is the time for the Spanish language! I have just started attending classes in the evenings.

I dream one day to take a cruise, such as the one in the film  A Spoken Film (Um Filme Falado), directed by Manoel de Oliveira, in 2003. That film is for me one of the top ten films of my life. The protagonist is Rosa Maria, a young history teacher at the University of Lisbon. With her daughter, she goes on a cruise in the Mediterranean and then has to meet her husband in Bombay. The boat stops in several cities, places that Rosa Maria only knows through books and which are for her the opportunity to really discover them. During this cruise, the young woman will meet several persons, three women and a man, the captain of the ship, all of them from different nationalities. During meals taken together, everyone speaks their mother tongue and manages to make themselves understood by others, this micro-society, recreating in a way a Tower of Babel, is the real dream that I wish myself one day it comes true. 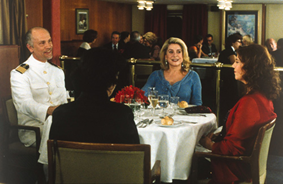