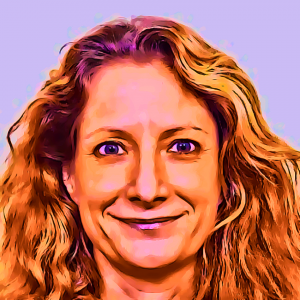 My name is Yael, and I work and live in Israel. When Sara and Antonia asked me to contribute a letter for future tourism researchers, I reflected on my career and thought about a metaphor for describing it. A “game board” was the metaphor that came to my mind almost immediately – a combination of ladders and snakes, of successes and failures, of jumping ahead and falling backward.

Next, I opened my PowerPoint and drew my non-linear career path, which I’m still walking on. My academic career “game board” is attached here; my three conclusions from the process of drawing and reflecting are summarized below. 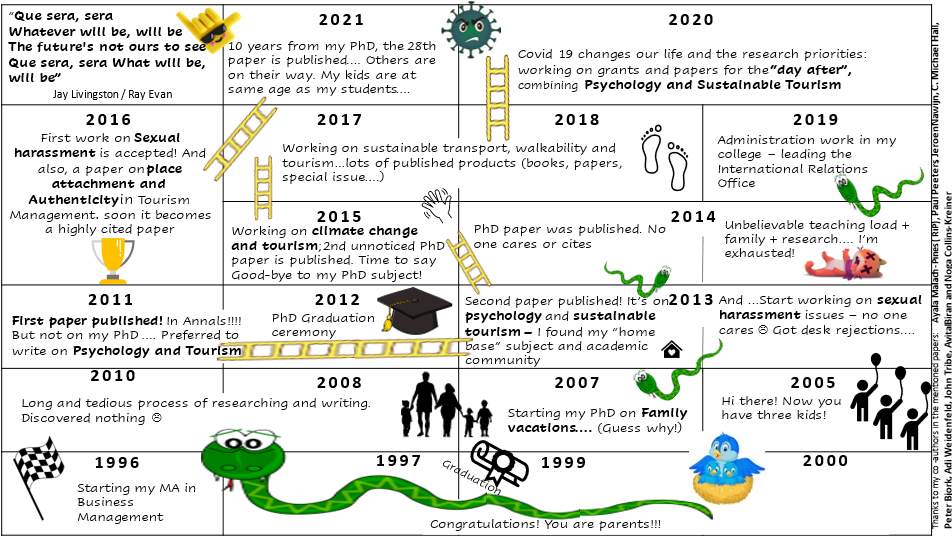 Not all snakes (delays in the career) are bad! There are two kinds of “snakes.” The first type is linked to a good decision in bad timing. It is the case of family matters and also choosing unpopular research decisions. At first sight, this type of snake can be considered bad, but it is not true! Sometimes the issue worth it, but the timing is bad. It happened to me with the sexual harassment studies. It took several years for this snake to become a ladder when the (academic) world was ready and the MeToo movement aroused. The same is relevant to family and kids, which required lots of effort initially, and later on, they become a source of inspiration and even talented IT and social media specialists! I’m grateful to my partner Eyal and my kids – Niv, Yoav and Yuval.

Good colleagues are more important than degrees. A Ph.D. degree is less important than finding an academic “home base.” It doesn’t matter where or with whom you did your Ph.D., but it matters a lot who are your friends and colleagues in the academic world. Each of these co-authors contributed a step or a ladder: C. Michael Hall, Ayala Malach-Pines (RiP), Paul Peeters, Jeroen Nawijn, Peter Bjork, Adi Weidenfeld, Melanie Smith, John Tribe, Avital Biran, Amit Kama, and Noga Collins-Kreiner. Without this great group of people, my board game was full of snakes. Thanks to them, there are more ladders than snakes. I am grateful and hope that my name is written on their imaginary game boards, too. Yes, some people that I met on my path were snakes. I moved on. They are not part of my board game anymore.

Ladders are no substitute for hard work; ladders are the output of hard work. Looking at the board game, it seems like the ladders made life easier. It is a wrong impression; the truth is that hard work builds strong ladders. Ladders made of pure luck will fall sooner or later. But if the ladder is based on good colleagues, true friends, various research directions, family, teaching excellence, and even experience in administration and organizational politics, you will climb on safely.

Good luck on your path!