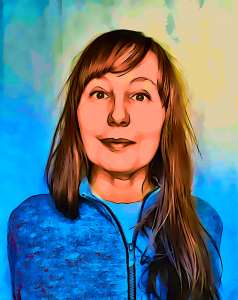 This goes out to both you who aim for climbing the academic career ladder and those whose incentive may be more elusive. As you have probably already learned, there are instructions to follow in the academic world if you want to score as successful and among my fellow voices here are individuals who will provide you with invaluable advice. However, as many of us also underline, research is more than the most obvious, visible part of the iceberg. I would like to take this opportunity to say a few words about the rewarding aspects of academia that do not fit into the formal grid. Although seeing your name on a publication in a high-ranked journal is rewarding, so is finding it in the acknowledgement section of a doctoral thesis you have not been formally involved in. That means you have been of importance to someone although there are no career points to be scored from it.

As a tourism worker turned entrepreneur turned researcher turned public official and policy maker, I still wake up every day longing to learn more about the field. I strive to lessen the boundaries between sectors as I believe that knowledge is a process kept alive by being constantly fed through new encounters – with individuals as well as thoughts and contexts. And ourselves. My Ph D. in human geography from a Swedish university serves both as a theoretical starting point for my research and a door into the academic sphere which I have grown to appreciate. There is a regulated freedom in academia that fascinates me. There are rules that must be followed, but the way I see it, being a successful researcher is having the ability to be intellectually and emotionally creative within those set frames.

Creativity in turn, springs from inspiration and this is where one aspect of being female comes into the picture. I often think about the numbers reported by the group Guerrilla Girls who in 1989 and again in 2012 found that less than 5% of the works on display in the section of modern art at New York Metropolitan Museum of Art were by female artist at the same time as 85% of all nudes shown in the section featured women. In short, this means that a globally influential art institution shows an overwhelming interest in females as objects, especially in comparison with its will to show works by female artists. In art, it would seem, females are most appreciated as muses and objects, not subjects.

I claimed above that it is important to value the informal influence you may have on other people’s work. Do I thus mean that we should rest content with being a muse in research? To provide the subtle thrill that makes others create works that render them recognition while the muses remain hidden in the shadows? No. Of course not. I mean that in contrast to art, muses and inspiration in research are not simplified into being nothing but a naked body but rather acknowledged as fellow artists. We acknowledge and celebrate the influence of others by referencing and building on prior works. However, we need to recognize that contributions to research and our own situation as researchers can be done in many ways and may be hard to fit into the grid. Therefore, I hope you will be able to see the value of them. Appreciate and acknowledge others and be active in creating supportive and joyful inspiration to yourself and them. We are defined by our actions and not by what we claim to be our principles. Yes, I’m a bit of an idealist and yes, I do consider some of my scientific publications as small pieces of art. But you know what? It is possible to do so and still be employed based on formal educational qualifications. In addition, it is possible to both publish and offer informal mentorship and sisterhood when someone needs it.

My message is therefore: Respect, support and try to improve the system. By keeping the structure healthy we can create spaces that allow for the rewarding and inspiring aspects that are necessary for us as human beings, parts of a collective and even the pursue of research itself.  In that way, the granddaughters of today may visit an art museum filled with self-portraits of non-gendered, dressed subjects with varying abilities, and do research in the same way.

Information about the Guerrilla Girls work can be found here: https://medium.com/@aplusapp/the-gender-imbalance-of-art-with-nudity-has-these-female-artists-taking-a-stand-for-change-e3b7445f91c5