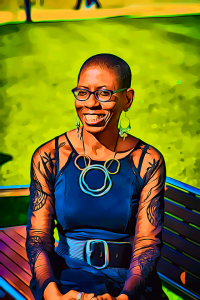 As I write this letter, we are about 16 months into one of the most devastating crises that we have faced in our lifetimes – the Covid-19 pandemic. As women in tourism academia many of you have gone through extraordinary struggles juggling caring responsibilities for children and/or ageing parents while still trying to maintain your full academic responsibilities of teaching, research, and administration. It can hardly be contested that in general, women have suffered more during the pandemic than their male counterparts. This last year has also brought to the fore continuing racial strife, made more poignant since the murder in the United States of the Black man George Floyd by a white police officer, an incident that was broadcast live to the entire world through social media channels. Since then, there have been many demonstrations and cries for equality and justice for Black, Indigenous and People of Colour (BIPOC) in the United States and beyond. As a result, many institutions including universities have been forced to reassess and to reckon with their own past and present policies and practices as they relate to issues of racial (in)justice and we have seen some incremental changes. And to add to this, many more are acknowledging the reality of the climate emergency as heatwaves, floods and forest fires have become more prominent. I would argue that never have the 17 UN Sustainable Development Goals (SDGs) been taken more seriously! But I would also argue that transformational change in all these areas remains a long way off.

Against this rather depressing backdrop I have thought a lot about what I want to communicate to you at this moment. There are so many thoughts going around in my head and I have had so many experiences in tourism (in the public sector, in academia and as a tourist) that it is difficult for me to narrow things down into a necessarily brief narrative especially in the midst of all that has happened over the past months. But the deadline for me to submit this piece is fast approaching and I am panicking as I hate missing deadlines albeit in the past couple of years this seems to be becoming a habit! What I present below are essentially my personal reflections as a Black woman academic in tourism that I hope many of you will find useful – I don’t want to appear as if I am providing ‘guidelines’ on how to navigate the landscape of tourism academia as I recognise that we all come from different personal, socio-cultural, economic and political contexts. But there are nevertheless some things that we have in common as women tourism scholars. I thought it necessary to describe myself as both Black and woman as these are essential to the way I identify myself and both have been central to my lived experiences in tourism academia in the United Kingdom (UK). So, what I narrate below are what I would deem to be ruminations which might, arguably, be of some value to you.

But first a bit of background about me. I am currently a Professor of Tourism at the University of Sunderland in the UK. I am however a native of Jamaica, but I have studied, lived and worked in the UK since 1998. Throughout my academic career I have researched and written on many issues including heritage, race, sexuality and gender and how they relate to tourism. I would describe myself as an inter/post disciplinary academic as I draw on different fields of study to inform my understandings of tourism. That said, my philosophical and methodological approach lie firmly in the family of critical tourism scholarship. I remember the first Critical Tourism Studies (CTS) Conference that I attended in Dubrovnik in 2005.  I couldn’t believe that there were scholars in tourism who adopted such critical approaches in their research and pedagogical practices and that coincided with my own research and personal values and ethos. Over the years I have rarely missed a CTS conference and I realise that I do rely on these gatherings for academic renewal when the pressure to conform, to fit in, at my own institution becomes overwhelming. I was very proud to become a Professor in 2016 and indeed I understand that I am the first Black person who has been a professor at my university, regardless of gender.

On the one hand this made me feel very proud but on the other sad and disappointed as it took until 2016 for this to happen at my university.  But my university is not unusual in this as according to a study done by Nicola Rollock titled ‘Staying Power’ published in 2019 there were only 25 Black (of African and Caribbean heritage) female professors in the UK at that time out of a total of over 18,000 professors. Apart from myself I was hard pressed to think of any Black women who were professors in the field of tourism here in the UK.  And this situation persists at the time of writing this letter to you.

I felt lonely and pressured to perform in my new role as Professor and Faculty Research Lead not only for myself but also for all the Black women in my profession – I didn’t want to ‘let the side down’ believing that if I failed, it would not merely be seen as a personal failure but a failure for all Black women, a situation which I know does not exist for the majority white, male professoriate.  But I also felt pressured because of what I perceived to be a disconnect between my own values and that of the increasingly neo-liberal academy. I felt that I was constantly fighting against a system which values quantitative ‘Key Performance Indicators’ and dismisses qualitative measures which are more intangible, thus disadvantaging women and people of colour who often taken on additional administrative loads on committees including those devoted to ‘Equality and Diversity.’ I felt that I was constantly fighting against institutional values which dismiss the arts and humanities as irrelevant for graduate ‘employability’. I felt that I was constantly fighting against superficial measures implemented to address intersectional inequalities including that between race and gender. I questioned how I could possibly mentor early career academics to thrive in a system which I increasingly did not believe in for would they not say: “you are a hypocrite as you have achieved your Professorship in this system so why shouldn’t we?” So, I felt this dissonance often quite viscerally and felt exhausted by it. While I have grown in confidence over the years since my professorial appointment in 2016, I still struggle to shake off these feelings.

I have found that it is difficult to talk about race and racism at universities including in tourism departments as many people either deny that it exists or pretend to be colour-blind, thus negating racial and ethnic differences which disempowers people of colour. I have outlined this background as it is important for you to understand what influences the thoughts that I wish to share with you below about how I have survived as a Black woman in tourism in a predominantly Anglo/Eurocentric environment:

Be fearless – do not be afraid to speak out despite often being shut down. While this can often be exhausting, I believe it is necessary as it were to respectfully ‘speak truth to power’ in your own institutions. Being fearless means adhering to your own values as a woman academic in tourism while still being open to innovative ideas and new ways of thinking. Being fearless also means not being afraid to apply for promotion or desired positions – we always feel that if we don’t tick every single criterion then we should not apply for a new role or a promotion.  You don’t have to tick every box! Be creative in writing your application or in making your case and don’t be afraid to ask for help from those who have been there before and who can act as ‘critical friends’! And this latter leads to my next point…

Foster a support group – this can be within or outside of your own institution. Having critical friends who support you and who share your triumphs and distresses is very important – you can’t do it alone! This does not have to be a ‘group’ – it can be one or two people and they can be friends and/or family members.

Drive and determination – know what you want to achieve and pull out all the stops to achieve it. This is linked to being fearless which I mentioned above. Drifting along and having no sense of purpose is antithetical not just to your academic development but to life in general. But be careful as the ends don’t justify the means! Don’t trod on others to get to where you want to be but ensure that you live in peace, love and solidarity with other women academics.

Don’t feel that you always have to speak for your entire race or ethnic group – As a Black woman I have done this and take it from me it is exhausting and can lead to emotional trauma. Protect yourself!

Research and seize opportunities – I think you need to be ready to research and to seize opportunities when they arise. If you are getting nowhere in your existing institution/ department or if their policies and practices are incompatible with your own, and are detrimental to your mental and physical health, then explore options elsewhere!  Of course, I do acknowledge that not everyone is mobile due to family or other commitments but if you can, be prepared to move! But it is important to do your research first – ensure that any new institution that you are considering shares your values and ethos and will be a nurturing and safe space for you.

Nurture your life outside of tourism academia – I am sorry to use a cliché here, but it is not sufficient to just be alive, you also have to live. Remember to pay attention to nurturing your life outside of academia. Make time for your friends and family and the people who care about you. Make time for leisure whatever that might look like for you. Working all the hours of the day and night is a recipe for disaster and benefits no one.

I would like to leave you with an excerpt from a poem from one of my favourite writers, poets and academics – Audre Lorde – whose words always nourish my soul – I hope they will do the same for you as you continue along your academic journey through our tourism worlds:

So it is better to speak
Remembering
We were never meant to survive.

(excerpt from a Litany for Survival, Audre Lorde)