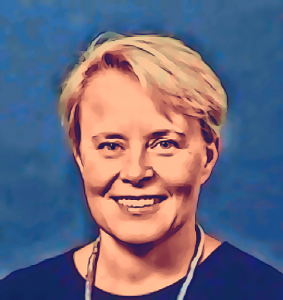 A couple of years ago I came across an article from the nursing discipline discussing the dichotomy of the Thriller and Killer Elite, a set of positive and negative senior leadership behaviours that Darbyshire and Thompson (2014) discussed as significantly affecting the state of Australian and New Zealand research and academic leadership in the nursing field.

The Killer Elite, as the name might suggest, was terminology used to describe academic leaders who act in ways, overtly and/or covertly, to undermine those they perceived as threats, to protect their balance of power or “fiefdom” as Darbyshire and Thompson (2014, p. 2165) describe it, and generally to promote themselves above all others. I can relate to past examples, irrespective of gender, of “so-called” leaders demonstrating these behaviours. These impacted me particularly as an early career academic at a time when I did not properly recognise these behaviours for what they were or consider that I had the right to call out the leaders who practiced them.

On the other side of the coin, the Thriller Elite, Darbyshire and Thompson (2014, p. 2166) define as “exemplary leaders and colleagues in academia and services that it is both an honour and a privilege to have known or worked with. These are the visionaries, leaders and mentors whose stellar scholarship was or is matched only by their shining decency and whose influence on aspiring nurses and academics like ourselves was profound”. Substitute “nurses” for “tourism academics” and I have had the privilege of being supported by a few of these Thrillers. To name but a few, Professor Brian King (now Hong Kong Polytechnic University) as my PhD supervisor and first Head of Department at Victoria University, Melbourne; Professor Marg Deery (Victoria University, University of Surrey) my PhD Principal Supervisor and long-time mentor; Professor Leo Jago (Victoria University, University of Surrey) also as my long-time mentor and who first encouraged me to do a PhD; Professor Tom Baum (University of Strathclyde), one of my generous PhD examiners, turned research collaborator and mentor and Professor Alison Morrison as a very supportive Head of Department towards the latter stages of my tenure at Victoria University. As first in my family to attend university, I could not have anticipated completing a PhD, becoming an academic and having the privilege of working with this esteemed company.

In learning from these Thriller Elite and transitioning from mentee to mentor, I continue to strive towards becoming a Thriller Elite myself but that will be for my peers to judge one day. I also have the privilege of working with an emergent crop of Thriller Elite, colleagues for whom collaborations have been long-standing, productive and mutually supportive. Working with Professors Kirsten Holmes (Curtin University) and Karen Smith (Victoria University Wellington) since 2006 on various volunteering research projects, and a little while after with Associate Professor Judith Mair (University of Queensland) on events related research, collectively our academic careers have advanced in step as we have supported each other throughout the journey. Such support has been vital given academia can be a lonely path.