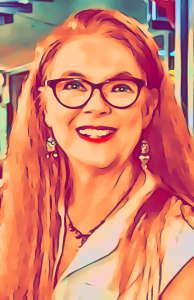 A life worth living

I grew up on a farm high up in the mountains of the Camdeboo, near Graaff-Reinet in South Africa. I was five years old when I went to boarding school during the week as there was no school near the farm. My parents had a “town house” in town and we spent some weekends in town during the term.  Most weekends and holidays I spent on the farm with my parents, siblings and the extended community. I had an extremely active farm life, riding horse, climbing mountains, collecting fossils and frolicking down the river, enjoying picnics whilst monkey’s stole our fruit. We lived a life of sustenance solely from the farms produce.

My parents sold the farm in the mountains and moved to a farm in Oudtshoorn. My first job was during the school holidays when I was 16 where I worked as a guide and public relations officer on an ostrich farm called Highgate. This was my first experience of tourism and I fell in love with the magic of travel and the delight of tourists. Oudtshoorn is famous for the Cango Caves (where I often took my visiting relatives and friends).

I went on to study public relations at the Port Elizabeth Technikon. My first real job was in advertising where I worked five days a week. I also worked at a restaurant three nights a week as I had a dream to travel the world. Once I had saved enough money, I travelled with a friend to Israel, Turkey and Greece and then backpacked through Europe for 365 days (this was the longest return ticket that we could buy). Upon returning to South Africa, my heart yearned to travel again, I knew I needed to work hard to make that happen. I returned to Cape Town and worked at Ogilvy Mather advertising. Soon after, I fell in love with my dear husband (a farmer from Oudtshoorn). I thought my travel future was at risk as I moved to his farm not far out of Oudtshoorn. My husband was luckily a traveller himself and we went backpacking through Europe for three months on our honeymoon.

On returning back to reality, I was caught up in a small tourist town with little opportunity to be employed. I was enthused with the beauty of this majestic tourist town and quickly worked with the municipality to start up the first tourist information office together with the tourism operators. Due to my advertising background in the city, I leveraged my networks and soon I collaborated with all the tourist operators in the town. I also owned a travel agency and a small public relations company which primarily sold radio advertising. I hosted a talk show on KFM radio.

Then the greatest opportunity emerged, there was talk of starting a festival to attract more tourists into the town.  Along with other business owners and tourism operators the town elders elected a number of people as Directors of the festival. I was chosen as the marketing director, together we formed the Klein Karoo National Arts Festival. I was the first employee of the festival and within a year, we launched the first Arts Festival in Oudtshoorn. I am proud to say, this festival was founded on grass root level and was set with a purpose to decolonise the Afrikaans language and bring equality of the language to all its speakers. I am proud to say that the festival has been an annual event ever since and a huge success.

In 1999, my husband, my three daughters and myself immigrated to Australia. We left everything we had built up and knew behind and started the tough journey of an immigrant. Together we started again from the bottom to seek a better, safer future for our girls. It was tough, we stayed positive and worked wherever we could. My first job in Australia was on an ostrich farm as an administrator in the office. Later, I worked in the office at an abattoir. Soon I was promoted to become the marketing manager. I worked together with Austrade and pivoted the abattoir to get its export licence. Once again, I was travelling, this time to Europe and America to market and sell meat.

Within three years, I was the founder director of a foreign exporting company and later, I started my own export company, Olivier Export Pty Ltd. I attended more than 52 international trade fairs over a 16 year period. I travelled to more than 60 countries and traded in many countries, such as South Africa, Kenya, Germany, France, Belgium, Switzerland, Dubai, Oman, Pakistan, Kuwait, Hong Kong, Thailand, Malaysia, Japan, Korea, New Zealand, Papua Niugini, United States of America, Argentina and many others.

Another opportunity came my way where I was the fencing franchisor for Jim’s fencing New South Wales. I completed my TAFE building certificate and sold franchises. It was a tough business and stress took its toll.

I realised that I was given all these amazing opportunities to learn and to give back, to serve others. It was always my dream to lecture and I wanted to give back and share my industry knowledge with others. I finally undertook my PhD in 2018 and graduated in 2021. My research was a cross country study of consumer behavior and I tested my conceptual model across the Adelaide Arts Festival in Australia and the Klein Karoo Arts Festival in South Africa. I have submitted my first journal articles and have plenty more to come. I continue to live my live with constant enthusiasm, I remain inquisitive and I grab any opportunity. My best and favourite word is ‘yes’, my best and favourite three words are, ‘yes I will’. I encourage you to live life to its full, take each opportunity, you are writing your own history every day. Ensure that when you look back on your life, you can say ‘yes, I have lived a life worth living, I am given back and it’s been worthwhile’.